How ‘green’ are biofuels? 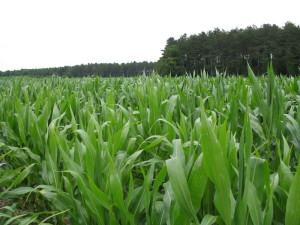 Most of us are at least a little familiar with biofuels, but how much do we actually know about them? Biofuels are considered the most suitable alternative to fossil fuels. According to previous reports, biofuels can reduce the effect of carbon dioxide emissions on the environment. Governments have been working toward reducing greenhouse gas effect to slow down global warming. For this reason, funding to support the production and expansion of biofuels has been provided.

However, over the last few years new researches show that ‘environmentally friendly’ biofuels are more harmful than conventional gasoline. A $500,000 study released last week in the Nature Climate Change journal claims that biofuels made from corn residue are worse for climate change in the short term because they release 7% more greenhouse gases in the early years compared with traditional fossil fuels.

Recent research on the production and the use of biofuels shows that the drawbacks outweigh the benefits. Millions of acres of rainforest are diverted into farmlands; billions of gallons of water are used. The habitats of a great number of species are destroyed which leads to the near extinction of some animals and plants. On the other hand, burning down rainforests in some parts of the world to build biofuel plantations releases a massive amount of carbon dioxide into the atmosphere. Many fertilizers used for rapid growth of the crops may have a downside effect and cause soil and water pollution, kill plants and animals by releasing toxic chemicals. Some US scientists say biofuels could be more harmful to people’s health than petrol and increase deaths from respiratory problems and asthma attacks.

All these things considered, the question is, if biofuels are more damaging than fossil fuels, then why continue to promote ethanol and other biofuels. Besides, deciding whether they are good or bad is difficult but it is mainly a political decision whether to produce and use them.