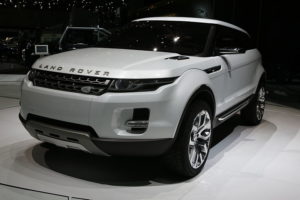 Car manufacturer Jaguar Land Rover has made a breakthrough in the battle to curb motion sickness.

Drivers are less likely to suffer from motion sickness, but passengers are susceptible to it, so the move towards driverless cars has revved up interest in finding a cure for this unpleasant condition.

The British carmaker brand has pioneered a new technique that could reduce cases of motion sickness by at least 60%. The company says it has come up with a way to combat motion sickness and the technology will be applied to all of its future cars.

Jaguar has collected 15,000 miles of data on motion sickness through industry-leading research, measuring the effects of performing tasks in the car, such as checking emails. From this data, Jaguar says it has identified a baseline driving style that self-driving vehicles can adopt to cure motion sickness in passengers. It will be able to minimize steering corrections so passengers feel more comfortable.

Motion sickness is often caused when the eyes observe information that is different from what is sensed by the body. The Tata Motors’-owned brand has created an algorithm that generates a “wellness score” for each passenger, which calculates how susceptible individual is to feeling car sick by using biometric sensors that record physiological signals. The data will be used to automatically personalize driving and cabin settings to suit. Jaguar Land Rover vehicles will basically be able to reliably know when a passenger or driver is suffering from motion sickness before they do.

This entry was posted in Cars, New Technologies and tagged new technology, self driving, transportation, travel, vehicles. Bookmark the permalink.