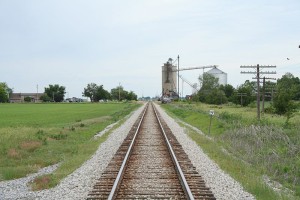 It will be the most ambitious tunneling project in the nation’s history. One of the challenges, and probably the biggest one that the bullet train project will face, will be the tunneling. The project will require constructing 36 miles of tunnels through the geologically complex mountains north of Los Angeles. The tectonic boundary that separates the North American and Pacific plates will have to be crossed, digging through a maze of fractured rock formations and earthquake faults, some of which are not mapped.

Although some large tunnels have been punched  without difficulty, such as the 3,399-foot Caldecott Tunnel in the Bay Area, others have encountered problems.

The 11-mile East Side Access tunnel in New York City, for example, is 14 years behind schedule, and the estimated cost has grown from $4.3 billion to $10.8 billion. The 3.5-mile Big Dig in Boston was finished nine years behind schedule and at nearly triple the estimated cost. While digging Alaskan Way tunnel under Seattle, a boring machine broke down in December 2013 and it stopped the works. The boring machine had to be repaired, causing a multi-year delay with unexpected expense.

The pace of tunneling will depend on a handful of factors, such as how soon works begin, how fast digging progresses, and the number of tunneling machines the crew uses, and each machine and its crews adding to costs. The 36 miles of tunnels include a mix of short and long segments, that will be made by different methods.

The project is scheduled to be finished by 2022. How can the state meet that schedule? The state will probably need two boring machines, one for each of two parallel tracks to meet the target deadline.

Another issue is that the available financing also has slowed progress. Two years ago, the project has run short of funds and the California Legislature had to provide additional funding from carbon emission fees. Sources for about $53 billion to complete the entire Los Angeles-to-San Francisco line have not been identified yet.

The project will obviously encounter many other serious setbacks. The state is to deal with all of them.