A James Bond level of security

The world of the wealthy and powerful is also a world of danger. We already wrote about some celebrities and their armored vehicles. But it’s not just the celebrities – a lot of professionals in the finance industry, or mining and oil and a good number of politicians are seeking for the best protection that modern technology could offer. And what they get is pretty close to what we are used to see only in James Bond movies.

The most recent form a protection is a stylish armored suit. It comes from the Canadian tailoring company Garrison Bespoke and the price will be approximately Can$20,000. 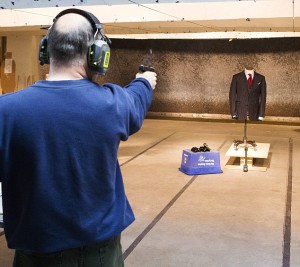 “The tailoring industry is actually quite sleepy, and you want to be challenged like this.” said David Tran, head of special projects for the company. He also explained how they got the idea from a story one of their costumers told them. The man got shot in a foreign country and shared his experience with his tailors and inspired them for their new project. “After five minutes, we thought, ‘Are we really serious here?’ And then we started looking into it,” said Tran.

Their creation won’t make look like you are going on war but can stop bullets and knife attacks. Once a suit has been custom-tailored, six thin nanotube sheets are slipped into the lining of the back of the suit jacket and in the front of the vest, allowing the fit to remain crisp and clean. Although more sheets can be added for extra protection, comfort and ease of movement would be compromised. Garrison Bespoke already have at least six requests and there is a waiting list for the armored suit. 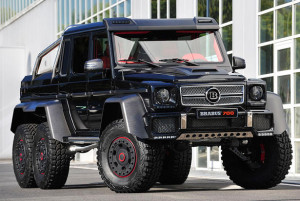 Another, more conventional method of protection – armored cars – is getting more and more popular. The biggest company in this sector – Texas Armoring – shows an unprecedented sales boom. They armor about 200 vehicles per year. In the next five years, the company’s CEO, Trent Kimbell, expects that number to double. The protection Texas Armoring offers ranges from being fortified against handguns all the way up to repelling an AK-47 and M-16. The company also offers „James Bond-type accessories.” These include smoke screens and electrified door handles.