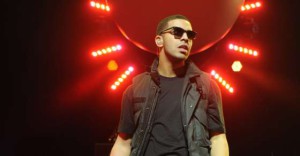 Grammy Award-winning, multi-platinum selling, recording artist Drake announced his 41-city North American WOULD YOU LIKE A TOUR? arena tour in support of his highly anticipated upcoming album release “Nothing Was The Same”, due out later this year. The tour comes to the United Center in Chicago on Wednesday, October 9 and will feature Grammy Award-winning rising R&B star Miguel, who will support on all dates and feature special guests including rapper Future.

Drake, is a Canadian recording artist, rapper, songwriter, and actor, who was born in Toronto, Ontario and has sold over 5 million albums worldwide. His work has earned him a Grammy Award, three Juno Awards, six BET Awards, and he also holds several significant Billboard records. He has written songs for other artists, including Alicia Keys and Jamie Foxx.

The tour will include cities like Indianapolis, Pittsburgh, New York, Boston, Miami, Washington, Tampa, etc. The concert in the United Center in Chicago will begin at 7:00 PM, but the gates will be open at 5:30 PM. The price of the tickets are ranging between $59.75 and $109.75.

This entry was posted in Other. Bookmark the permalink.