First-ever Range Rover- fully restored and coming up for sale 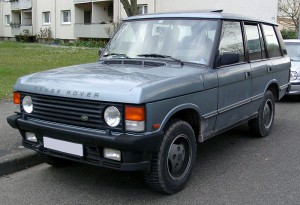 Silverstone Auctions has announced the first ever Range Rover will be sold under auction on September 4 at the Salon Privé in London. Built in 1969, the SUV was registered on January 2, 1970. It features a 3, 5 liter V8 engine, a top speed over 100mph and has 86,950 miles on the odometer.

So, Range Rover fans will be waiting with interest for the final bid and the new owner of this particular very first one.

This entry was posted in Cars, Events and tagged auction, cars, range rover. Bookmark the permalink.