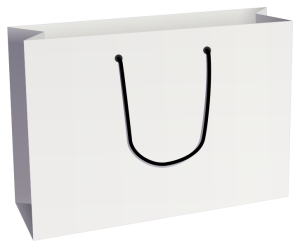 The world’s first car-in-a-bag could soon be on the streets of Tokyo. A Japanese engineer has developed a personal vehicle, small enough to be carried in your backpack.

The device is sort of like a small four-wheeled electric skateboard. The lithium battery powered transporter is made from aluminum and weighs between 4.4 and 6.6 pounds and comes in both indoor and outdoor models. However, the lightweight transporter is stronger than it looks: it can take loads of up to 265 pounds. The slender WalkCar reaches top speeds of 6.2 miles per hour for distances up to 7.4 miles and it needs three hours to charge.

The Japanese developer says it is extremely simple to ride. Cocoa Motors released a series of demonstration videos to the company’s official YouTube account. Once the rider stands on the WalkCar, the device starts automatically and you can stop the transporter by simply stepping down to the ground. If you want to change the direction, just lean your body to either side by shifting your weight. Saito says he expects to see many other uses for his portable transporter. A video posted Sunday shows the new transporter device can be used to push a cart bearing even more weight or to ride up a steep hill.

Getting around is about to look a lot different if you have the new WalkCar. Best of all is that there is no need to find a parking space. The futuristic skateboard will coast around $800 and you will be able to reserve your own WalkCar from autumn 2015 on the crowd-funding website Kickstarter.

You can see WalkCar in action here.