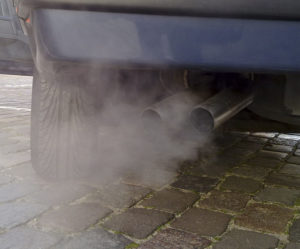 Diesel cars could be banned from German cities within weeks to combat air pollution following a court decision this week.

Germany’s highest administrative court ruled that some municipalities can ban oldest and most polluting diesel cars from their streets as part of efforts to bring pollution levels down and improve air quality in urban areas. The decision could inspire similar moves across Europe and will have far-reaching consequences for the country’s automakers. It could lead to millions of drivers in having to switch to cleaner cars or use alternative forms of transport.

The German environmental and consumer rights organization Deutsche Umwelthilfe set the legal action in motion. The organization had filed earlier lawsuits against several local governments, demanding that they uphold European Union standards. The right defenders cheered the ruling as a clear victory for residents of dozens of cities in Germany which are suffering from respiratory and other health problems caused by air pollution.

Jürgen Resch, managing director of Deutsche Umwelthilfe noted that the days of flooding the cities with poisonous diesel emissions are over. He admitted those vehicles have no place in the cities anymore. Some cities found that the only way to ensure those standards were met involved banning certain vehicles from city streets, mostly older diesel models.

The first bans are expected to be enacted in German cities where pollution levels are highest in a few months. Among those cities are Stuttgart and Dusseldorf both directly involved in the case. Their courts had earlier ruled in favor of Deutsche Umwelthilfe’s argument that the only way to effectively reduce air pollution in urban areas was to keep off the streets diesel vehicles.