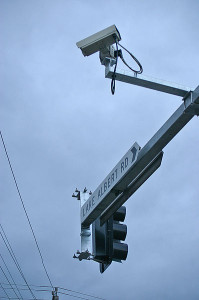 If every state had a speed camera program like Montgomery County, Maryland, 21,000 deaths or serious injuries nationwide could be prevented every year, according to a new report of the Insurance Institute for Highway Safety (IIHS).

The number of traffic deaths has been decreasing in the country. However, the IIHS says Montgomery County speed cameras have saved between 400-500 lives since 2007. Only 138 communities in the U.S. have used the cameras.

So, if you intend to put the pedal to the metal and drive full speed in Montgomery County, beware, as more than 355,000 times speeders were caught by one of its 92 speed cameras during the last year.

The IIHS draws our attention to the fact that there is a 59 percent decrease in the chance of a driver breaking the speed limit by 10 miles per hour or more, compared to nearby communities in Virginia without cameras.

The D.C. suburb uses multiple moving cameras on the same stretch of road. Police believe moving cameras reduces speed and the likelihood of a deadly or serious injury crash along the entire corridor as well.

The IIHS president Adrian Lund says that these are 25- and 30-mile-an-hour roads where children walk to and from school and they can prevent deaths and serious injuries on those roads. The speed camera program in Montgomery has brought in $123 million in revenue since 2007 and a part of which pays for the program.

Despite, the police say speeders around the speed cameras dropped by 40 to 60 percent, 10 states have recently proposed restricting or prohibiting automated enforcement.

John Townsend from American Automobile Association says that “motorists for the most part are still skeptical about these programs” and only 42 respondents in a survey supported the mobile cameras.