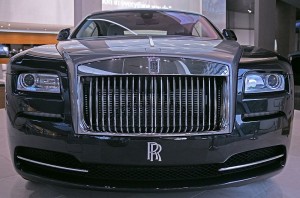 Rolls-Royce has won a major order from Delta Air Lines, the British luxury carmaker announced a few days ago. European aircraft maker Airbus confirmed a deal to supply 50 aircraft from Delta Air Lines, with Rolls Royce to bring engines and support worth $5 billion.
The US-based airline has ordered Rolls-Royce’s Trent 7000 engines to power ten Airbus A330-900 aircraft. The agreement brings the total number of Delta Air Lines Trent 7000-powered A330neos to 35, following an order for 25 aircraft in 2014.
Rolls Royce confirmed two days ago that it had won the $5 billion order for Trent engines and provision of its long-term Total Care service support from Delta Air Lines to power another 50 new aircraft.
Its Trent XWB engines will power 25 Airbus A350s with Trent 7000 engines powering a further 25 Airbus A330neo aircraft.
The Airbus A330 Neo is an aircraft built to rival the B787. It is aimed to replace aging B767, A330CEO, and A340 aircraft. The A330neo was launched in 2014, at the Farnborough Airshow, promising 14% better fuel economy per seat. However, unlike the B787 which has sold nearly 1,400 units, the A330neo has only sold 224 aircraft.
The neo range is Airbus’ newest range of aircraft. The name ‘neo’ stands for New Engine Option. In contrast, ‘ceo’ stands for current engine option.

According to Simple Flying.