Another Tesla Crashes While Autopilot Activated 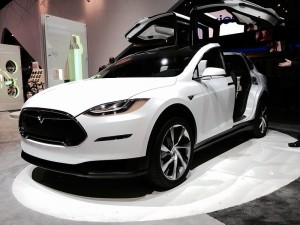 A Southfield art gallery owner told police that his 2016 Tesla Model X was on autopilot when it crashed into concrete divider and rolled over on the Pennsylvania Turnpike last week.

Albert Scaglione, founder and CEO of a gallery in Southfield and his artist son-in-law, Tim Yanke, both survived a crash near the town of Bedford, about 100 miles east of Pittsburgh.

The Pensilvania crash occured just one day after the National Highway Traffic Safety Administration released a report revealing that a 40-year old man, Joshua Brown, a former Navy SEAL of Ohio, died while using the self-driving autopilot system on May 7 when his Tesla Model S collided with a track in Florida.

Scaglione told the police that he had activated the car’s autopilot system. Dale Vukovich of the Pennsylvania State Police, who responded to the crash, said in his report that the accident happened about 5 p.m. Scaglione’s Tesla was traveling east near mile marker 160 when it hit a guard rail off the right side of the roadway and then the concrete median. After that, the vehicle rolled onto its roof and came to a rest in the middle lane.  Albert Scaglione survived the crash with minor injuries. Fortunately, his passenger and the driver and passengers of a 2013 Infiniti G37, that hit the uside down Tesla, were not hurt.

This entry was posted in Cars, New Technologies and tagged cars, electric vehicles, self driving, tesla, vehicles. Bookmark the permalink.