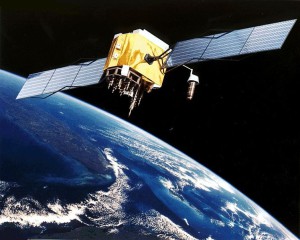 SpaceX founder, Elon Musk, is planning to launch thousands of satellites to provide cheap, high speed internet to every corner of the world from space.

According to the latest news, the extraordinaire enterpreneur’s private space-travel company has asked the US Federal Communications Commission (FCC) for permission to start testing the project. The Commission declined to comment as the application is under review.

Musk unveiled his plans at a SpaceX event in Seattle a few months ago. The idea involves a constellation of 4,000 small and cheap satellites that would be deployed from one of SpaceX’s rockets, the Falkon 9. The satellites would orbit the Earth and beam high speed internet signals to all parts of the globe.

The company wants to start conducting tests next year and could have the service available to the public within five years.

If successful, the project could turn SpaceX from an aerospace company into one of the biggest internet service providers, rivaling Comcast, AT&T and other ISPs.

According to some reports earlier this year, the cost of the projects would be $10 billion. Google and Fidelity have already invested in SpaceX and part of those funds is going towards the satellite internet project.

Some experts say the company is likely to face a number of issues. As the main purpose of the project is to provide cheap internet service to the most remote parts of the world and allow a vast number of people to get access, one of the major issues could be obtaining permissions from the authorities. Still, the business is a good long-term revenue source and the technology appears promising.

This entry was posted in New Technologies and tagged Elon Musk, new technology. Bookmark the permalink.