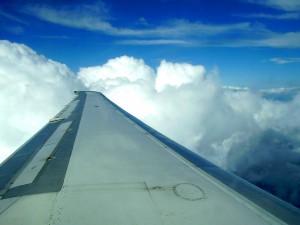 The Antipode is a concept jet that could go from London to New York in 11 minutes, traveling at Mach 24 which is 12 times the speed of the Concorde!

The plane is a next-level concept jet by Canadian inventor and engineer, Charles Bombardier. The concept comes just months after Bombardier unveiled his designs for the Skreemr, a four-winged scramjet-equipped plane that could carry 75 passengers at speeds of up to Mach 10, that is 10 times the speed of sound and five times faster than the Concorde. Bombardier has now developed a concept for a plane that could fly from New York to London in 11 minutes. How does 12,500 mph sound?

The Antipode’s wings would be fitted with a pair of reusable rocket boosters that would help it reach an altitude of 400,000 feet and a speed of Mach 5. Then the boosters would detach themselves and fly back to the launch site. The jet transitions to its scramjet engine and accelerates to top speed.

One of the issues with hypersonic aircraft is the amount of heat that would be generated on the nose and wings after the craft accelerated to top speed. Bombardier said that he has been contacted by Joseph Hazeltine, an engineer at a company that provides engineering services to NASA, who proposed a solution to that problem. Hazeltine suggested using an aerodynamic technique called long penetration mode (LPM). A nozzle at the front of the craft would let air flow through and create a counterflow of jet air that would cool down the surface temperature.

Despite problem’s solution found, both concepts- the Skreemr and the Antipode- are still years from becoming reality.

This entry was posted in New Technologies and tagged new technology, transportation, travel. Bookmark the permalink.